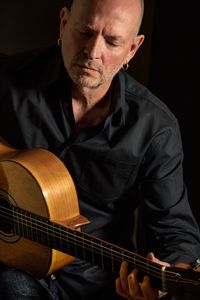 Liebert has since become one of the most successful instrumental artists of the past decade, thrilling audiences throughout the world and releasing a catalog of classic recordings, including the remix collection Euphoria (1995), the live album Viva! (1995), the double CD Opium (1996) and the classical-oriented orchestral album Leaning into the Night (1997). He wrapped up his decade with Epic with 2001’s Little Wing and went back to Higher Octave Music, releasing a lush album of lullabies called In the Arms of Love in 2002 and an album with Luna Negra XL called The Santa Fe Sessions (2003).